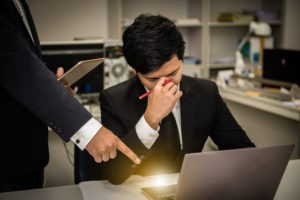 In 2016, longtime Fox News producer Roger Ailes resigned from his position with the station after allegations of his sexual harassment of female producers and anchors made national headlines. In 2017, television host Bill O’Reilly was fired from the station after he was accused of sexually harassing multiple women who appeared on his show and those who worked for the show.

Although these high-profile cases show that sexual harassment is punished when it is brought to the light, many question whether Fox News has truly reformed its workplace culture or if the resignation and termination of these men was simply an attempt to pacify the public. Many of the executives Ailes hired during his tenure remain at the station and only time will tell if things change.

What to Do if your Workplace is a Sexist, Toxic Environment

Some of the allegations discussed above date back to the 1980s and 90s. Many sexual harassment victims avoid speaking up about their experiences because they think their concerns will be ignored or swept under the rug. When this happens, victims need to speak up louder and take legal action to pursue the sexual harassment claims they are entitled to pursue.

Work with Our Team of Experienced NYC Sexual Harassment Lawyers

Sexual harassment should never be accepted in a workplace. Even if you are not the direct target of sexual harassment in your workplace, you can suffer from the effects of a toxic workplace culture. To learn more, contact our team of NYC sexual harassment lawyers at Ricotta & Marks, P.C. to set up your initial consultation with us, during which we can discuss your rights and legal options.